Stick Stunt Biker 2, is an amazing Android game of this week. So far it has attracted more than 10 millions players through its amazing Hd beautifully design and graphics.The Game is Bike Fun racing game with various bikes to be unlocked which includes Speed Bike, Chopper, Police Bike and so on.I am damn sure you will enjoy playing this amazing Android Game app. With so many beautiful landscapes and insane stunts Stick Stunt Biker 2 is the amazing game of the week.

Pocket Rally comes on number 2 on my top android games apps of the week list. The game is full of fabulous graphics designs, realistics game and with the capability of reply. You can download Pocket Rally from Google Play for your Android Device.

Pocket Rally is an attempt to combine the best of both old school rally racing games and smart device experiences. Stunning visual graphics, realistic yet fun to drive car physics, all in the palm of your hand. Take the rally racing anytime, anywhere with you!

Beside for Android, Guncrafter is also most popular game for iOS users. Craft your own gun and compete against your friends, your enemies, or anyone in the world in a virtual reality shooting competition! Best thing about Guncraft game for Anroid is it supports instant multiplayer and almost have over 20 millions users, from the figures you can guess how really amazing would be this game. So don’t think too much! And download Guncraft for your Android Phone.

The famous action fantasy defense game is made available for your Android devices and Tablets. You can now enjoy Kingdom Rush on your device. Struggle and make strategies to defend your kingdom against evil powers. Fight against the odd, command your troops, show your leadership qualities. Get ready to to save your kingdom against the forces of darkness.

Many of you may remember this classical game. Sonic the Hedgehog is now optimize for mobile devices especially for Androids. Now you can enjoy this classical game of Sega on your Android Phones and Tablets. It is so far compatible on devices running android 2.3 or later. I am sure you will enjoy playing Sonic the Hedgehog Android Game App on your device. Lets us know your feelings about the above the games. 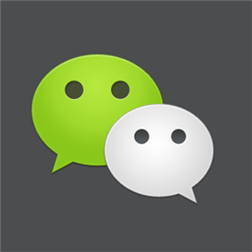