Everything on Earth has a limit. Limit of wealth. Limit of knowledge. Limit of Assets. Limit of Etc. But Power is  ‘Limitless’. That’s what the developers of the genre ‘City Building Games‘ thought, and came up with ‘Sim City‘ the first ever electronic building game in the history established in 1989 . Audience cheered up the product because now they had a limitless control over the virtual city, its assets, its wealth, its inhabitants and hence the appealing genre of city building apps ought to have a bright future.

So why not my Droid have limitless control over a city or 2??? And i Salute these 5 Game Companies for bringing such masterpieces to the end-user:

The #1 citybuilder game in more than 20 countries with over 10M Playstore downloads! One million play every day! Regular content updates and city events will add excitement to the life of your Megapolis. Trade materials and build alliances with neighbors. Challenge your friends to create most gorgeous and successful city.

FEATURES:
* Awesome realistic 3D graphics
* World famous architecture from ancient to modern
* More than 500 buildings and sites, hundreds of construction materials
* Teamwork with your neighbors
* City expansion both on land and over the sea
* Challenging tasks, rewards and achievements

2.THE SIMPSONS: TAPPED OUT

THIS GAME IS LIFE-RUININGLY FUN! Homer accidently caused a meltdown that wiped out Springfield. D’OH! Now, it’s up to you to rebuild it! From the writers of The Simpsons, tap into a city building game that lets you create your own living, breathing Springfield… for FREE. 1. First, you can get it for free!
2. Make Springfield just like you want it.
3. Help Homer find Marge, Bart, Lisa, and the rest of his family and friends! (Ned Flanders, too.)
4. Complete tasks to earn… mmm, donuts!
5. Make Apu work ridiculously long shifts at Kwik-E-Mart.
6. Grow and harvest Tomacco on Cletus’s Farm.
7. Party down with Duffman at Duff Brewery.
8. See how your Indolence, Consumerism,and Gluttony stack up on the Conform-o-meter.
9. Enjoy exclusive animated scenes sure to please fans of TV’s longest-running comedy.
10. Visit your friends’ Springfields, play pranks, and collect cash.
11. And did we mention… it’s free to play?

SPRINGFIELD NEVER LOOKED SO GOOD
With HD graphics – you’ll get an eyeful of greener greens, yellower yellows, and more.

Gargamel found the Smurfs’ village and scattered the Smurfs far and wide. With Papa Smurf’s guidance, it’s up to you to build a new village for the Smurfs to call home.

Based on the original cartoon and comic art, players begin the game with only a single mushroom house and a lone plowed plot of land. From there, things quickly progress, allowing players to build specialized houses, elaborate gardens with colorful crops, bridges to span running rivers, trodden paths, and more.

You May Also Like: Collection of Best HDR Camera Apps for Android

If you liked the early Sim City tycoon games, you will definitely love this city building game!
In City Island you will build houses for your citizens, decorations and community buildings to make them happy, and create jobs so you can earn money and gold from your happy citizens. If you like to play free games on Android™, building a virtual life on City Island is your best choice!

Discover a life in a virtual world full of quests where you have the power to build a business empire with a choice of 85+ unique buildings, like hotels, cinema’s, offices, bakeries, restaurants, and even oil platforms on your paradise island. Grow you tiny city into a large metropolis. Catch some fish with your boats, make people happy by building parks, schools, churches, libraries, museums, plants, and even a nice ferris wheel. It is all about insight and balance in this city tycoon game: happy people attract more citizens, who will need residences and jobs. You have all the power in this epic story: discover what is the best way to be a successful entrepreneur on this fabulous exotic island! – Fun FREE to play tycoon game
– HIGH QUALITY graphics
– Intuitive gameplay
– Challenge to create your own new virtual paradise
– Unlock and build from a list of 85+ Unique buildings (residential, commercial, community, decoration, plants, sea buildings like oil platforms and more)
– Currencies: gold and cash
– Attract citizens with parks, trees, and community buildings
– Build residences for your citizens
– Collect profit from your commercial buildings
– Upgrade your city buildings
– City park theme
– Collect XP and level up to unlock new buildings for construction
– Collect dozens of REWARDS while playing
– Expand the tiny city on your paradise island to create more room for constructing more buildings, and making your tiny city bigger and bigger
– Speed up construction/upgrade time using gold
– Lots of adventure and quests to unlock
– Help your citizens build a city on this exotic island
– Age independent story
– Find pirate chests around your island, containing cash or gold
– Tons of hours of fun
– Sim style architecture
– Play with your friends: enter friend codes and gift codes to receive cash and gold
– The “City Advisor” will provide insight and tell you what is needed in your city.

Build the city of your dreams… and then run it!

• Take your city to towering new heights! Construct well-designed apartment towers as well as desirable urban amenities!
• Build a school to attract young families and a library to make sure your citizens are well-read!
• Manufacture a variety of retail goods and deliver them to your sleek and enticing shopping malls.
• Set up a mass transit system to transport your city dwellers to parks, cinemas, stadiums and more.
• Create a musical future for your city with a philharmonic hall that draws a sophisticated crowd.
• Make your city greener and healthier by recycling garbage, planting trees, upgrading buildings and adding hospitals and fire stations.
• Reward your happy, responsible citizens by organizing truly spectacular public events for them!

Includes:
∙ Over 330 uplifting quests to tackle as you grow and enhance your city
∙ Over 165 buildings, landmarks and decorations for city beautification
∙ Nearly 100 challenging achievements to earn and celebrate with your friends
∙ Regular FREE updates to keep you stimulated and entertained

THESE CITIES NEED A MAYOR LIKE YOU…SO WHAT ARE YOU WAITING FOR ?? 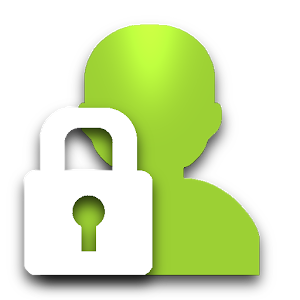